Dick Telford AM PhD, Professorial Fellow and upcoming be active 2014 conference presenter, looks at the relationship between physical activity, physical education and academic performance and highlights the consequences of children not having access to specialist physical education during primary school. 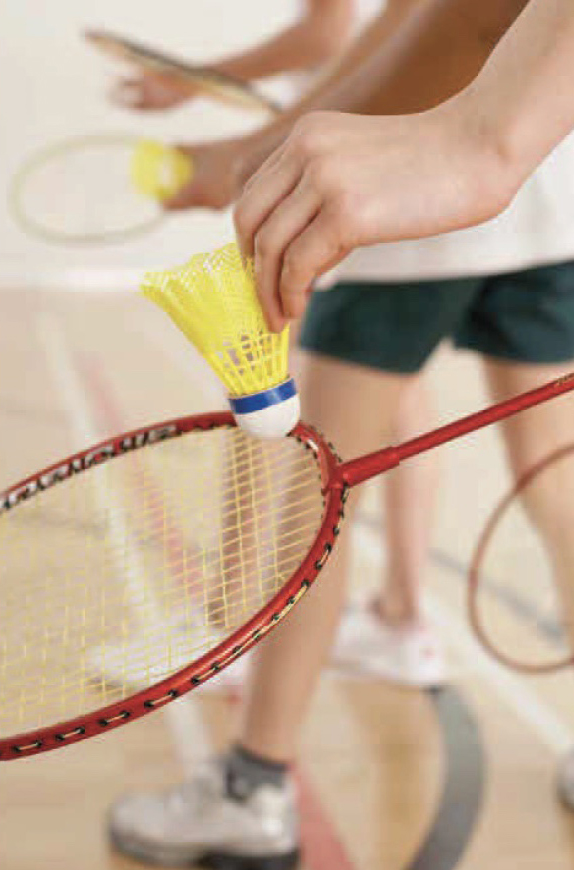 In between my typical Melbourne weekends of football and cricket in the 60’s, I taught physical education and mathematics in the north western suburbs. In those days the school gymnasium was a shelter shed, and with 40 youngsters in my class, and 35 classes a week, teaching was a bit of a challenge. Nevertheless they were enjoyable days, and even back then I had the feeling that learning in these two vitally important areas were in many ways complementary.

Unfortunately, evidence of the importance of physical education was not sufficiently convincing for school principals, especially in public primary schools. During the late 60’s and on, choices had to be made between employing specialist physical educators and having smaller class sizes. The latter choice prevailed, and physical education teachers in primary schools became a threatened, almost extinct species in Victoria and indeed, in most other states.

Physical activity facilitates better control of appetite and energy balance, and… should be at the epicentre of community strategies to reduce childhood obesity.

Then, in the new millennium, following a career at the high performance end of sports science and coaching at the Australian Institute of Sport (AIS), I returned to my physical education roots. This time it was as a researcher in a position to test the premise that the loss of specialist primary school physical education was detrimental to the physical and psychological development of 21st century children. With plenty of agitation from high profile physical educators falling on deaf ears over the last couple of decades, it was clear that the highest level of evidence was required, the kind that comes from a long term randomised controlled trial.

So with assistance from the Commonwealth Education Trust in London, I invited a group of mutually motivated researchers at the Canberra Hospital, University of Canberra, ANU and Deakin University to team up in primary school phase of the Lifestyle of our Kids (LOOK) project. We were indeed fortunate to gain the services of three excellent physical educators from the progressive Bluearth Foundation in Melbourne, who conducted two 45 minute classes every week over four years in 13 primary schools to about 400 children as they progressed from grade 2 to grade 6. Our control group consisted of a similar number of children in 16 schools of similar socioeconomic status where physical education was conducted in their usual manner, by generalist classroom teachers with little physical education training and clear pressures to improve NAPLAN numeracy and literacy scores rather than physical literacy.

It’s time for our governments and public schools to provide our children with a better start to their education. Many private schools already do.

Coupled with an appropriate research design, we also needed robust and objective measures if our results were to be taken seriously. With childhood obesity of widespread interest, one common mistake we were careful to avoid was to estimate changes in fatness by BMI (body mass index), especially when growing children of this age can increase BMI without increasing percent body fat ! As our cohort moved from grades 2 to 4 to 6 we measured physical activity (pedometers, accelerometers and questionnaires), nutritional intake (one day and two day surveys) and body composition (DEXA scans) together with a wide variety of characteristics indicative of physical and psychological development such as growth and function of the heart, endothelial function, blood borne risk factors for cardiovascular disease and Type 2 diabetes, bone density and geometry, eye-hand coordination, postural control, self-image of body appearance and function, psychological stress, cardiovascular fitness, and academic performance. 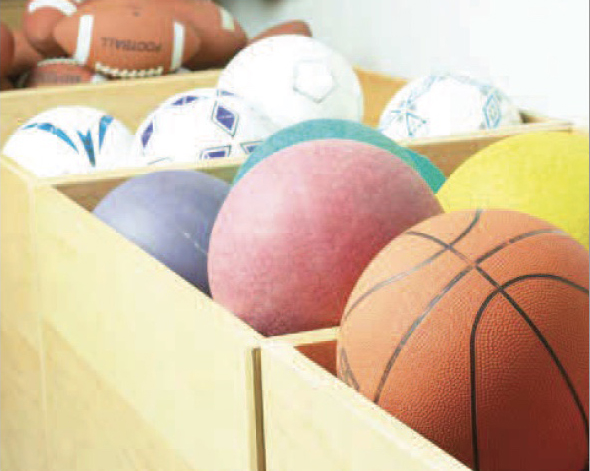 Now with more than 30 peer-reviewed LOOK publications behind us, we can specify some of the consequences of depriving primary school children of regular quality physical education. Those missing out entered secondary school with higher blood cholesterol and higher insulin resistance, risk factors for cardiovascular disease and Type 2 diabetes respectively. This is a particularly concerning finding given that chronic diseases associated with metabolic dysfunction in adults are likely to have their roots in childhood.

“In my experience of visiting 30 schools over the four years of the study, it became apparent that the school principal was a key figure in driving… ‘school culture’ linking physical and academic activity.”

These risk factors are also associated with obesity and with childhood obesity a big concern both here in Australia and around the world; we were keen to find out why. The public finger points at over-consumption of kilojoules, and this is obviously the case in some children, but in our typical cohort of young Australians the overweight and obese boys and girls consumed no more sugar, fat or kilojoules than the leaner children ! The clear difference was that the fatter children were less physically active; the fatter the child the lower their daily physical activity. These data suggest that physical activity is the major driver of body composition control, that physical activity facilitates better control of appetite and energy balance, and that increasing physical activity should be at the epicentre of community strategies to reduce childhood obesity.

In a series of meetings with leaders of the Victorian Education Department over the past year, one additional finding of the LOOK study captured their attention. Between grades 3 and 5, children who received the specialist physical education intervention improved their NAPLAN numeracy and literacy scores about 10 points more than control group, with reading improving about 6 points more. Interestingly, boys responded a little more than girls, but this was typical of many LOOK findings.

Furthermore, in a separate analysis, we found that schools with higher cardiovascular fitness achieved higher average NAPLAN scores in a remarkably proportional manner, with our usual adjustment for school socioeconomic status. This led us to speculate on underlying causes of those NAPLAN improvements. 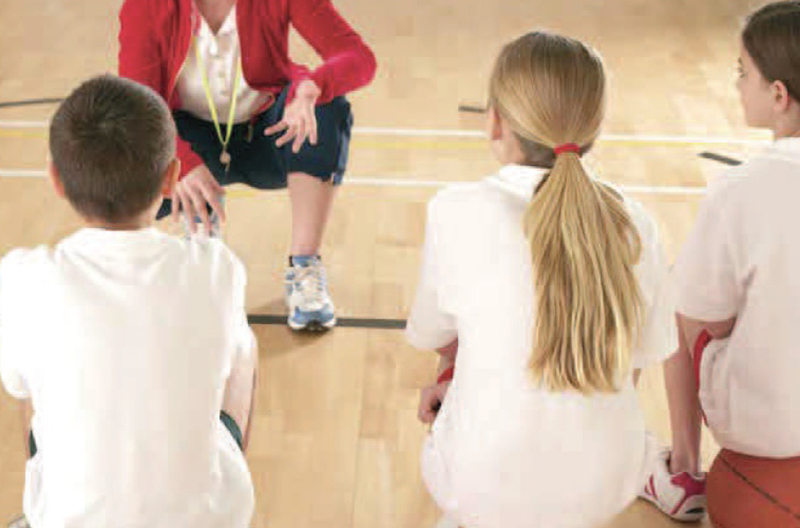 “Now with more than 30 peer-reviewed LOOK publications behind us, we can specify some of the consequences of depriving primary school children of regular quality physical education.”

Firstly, it was apparent that the physical activity of well taught physical education exerted its own special effect as our intervention did not include any nutrition education. Our finding points to the mutually beneficial development of a young mind and body and it was interesting that some teachers commented that children in the intervention seemed to be showing improvements in the way they concentrated in class. On the other hand, the strong school fitness-NAPLAN relationship might suggest another reason for the improved academic achievements. Those teachers most effective in the classroom are likely to be the very same teachers who do most to encourage their students to be physically fit and active. In my experience of visiting 30 schools over the four years of the study, it became apparent that the school principal was a key figure in driving this kind of ‘school culture’ linking physical and academic activity.

“Between grades 3 and 5, children who received specialist physical education intervention improved their NAPLAN numeracy and literacy scores… with reading improving…”

The LOOK project can be viewed alongside the ever expanding literature describing the links between physical and mental function. As summed up in a recent review, fitter children and children with better motor skills have superior inhibitory control associated attentiveness, emotions and memory more conducive to learning. The term ‘physical literacy’ has been coined in recent years to describe ‘the motivation, confidence, physical competence, understanding and knowledge to maintain physical activity at an individually appropriate level, throughout life’, and is a current focus of attention at the University of Canberra.

Physical education and sport are two important contributors to physical literacy and now we also know that depriving children of quality physical education in primary school not only compromises their academic achievement, but also their future health. It’s time for our governments and public schools to provide our children with a better start to their education. Many private schools already do.